Anthony Hopkins was barred from appearing on Zoom to accept his best actor win at the 2021 Oscars, according to a report.

The 83-year-old actor received the win for his performance in “The Father” and although many believed the late Chadwick Boseman would earn the nod posthumously, the Academy reportedly did not allow Hopkins to accept his win via Zoom due to a strict policy. The Academy had set up “hubs” across the world in Dublin and London where nominees could travel to give their acceptance speeches in case they won.

However, Hopkins had “no desire to travel to hubs in Dublin or London,” his representatives recently told IndieWire, adding that they “pleaded for [Hopkins] to be allowed to Zoom.”

Apparently, the Academy scoffed at the request as Hopkins was in his native Wales, so the actor went to sleep. 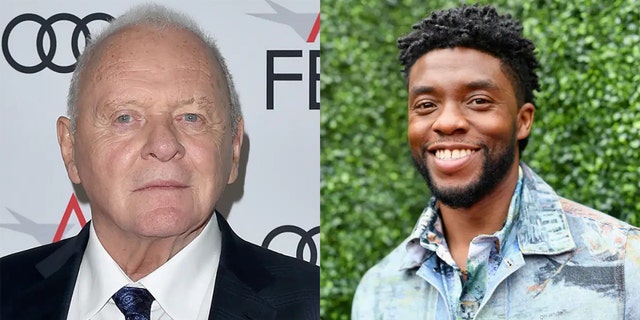 In the biggest surprise of a socially distanced Oscar ceremony held during the pandemic, best actor went to Anthony Hopkins for his performance in the dementia drama ‘The Father.’ The award had been widely expected to go to  the late Chadwick Boseman for his final performance in ‘Ma Rainey’s Black Bottom.’
(Getty Images)

Hopkins’ long-time agent Jeremy Barber relayed to People magazine that Hopkins was “asleep” when he won the award.

“Tony was in Wales, where he grew up, and he was asleep at 4 in the morning when I woke him up to tell him the news,” Barber said, adding, “He was so happy and so grateful.”

Hopkins did record a video acceptance speech on Monday morning and mentioned the late Boseman.

“Good morning. Here I am in my homeland in Wales and at 83 years of age I did not expect to get this award, I really didn’t. I’m very grateful to the Academy and thank you,” Hopkins said.

“And I want to pay tribute to Chadwick Boseman, who was taken from us far too early and again thank you all very much,” he concluded. “I really did not expect this, so I feel very privileged and honored. Thank you.”

According to Variety, citing early Nielsen numbers, the Oscars ratings plummeted to a record low with an average of 9.85 million viewers watching the show Sunday evening, which is a 58.3%, 13.75 million viewer drop-off from last year. In addition, the show earned a mere 1.9 rating among the key demographic of adults age 18-49.

Reps for Hopkins and the Academy did not immediately respond to Fox News’ request for comment.