Ahead of the 93rd Academy Awards ceremony on Sunday, the 35-year-old actor walked the red carpet in a haute couture, show-stopping, sparkly golden crop top and skirt by Valentino.

Fans tweeted that Mulligan did “not come to play” and that she was clearly “manifesting” an Oscar win. The British star is nominated for Best Actress for her role as Cassie Thomas in “Promising Young Woman.” 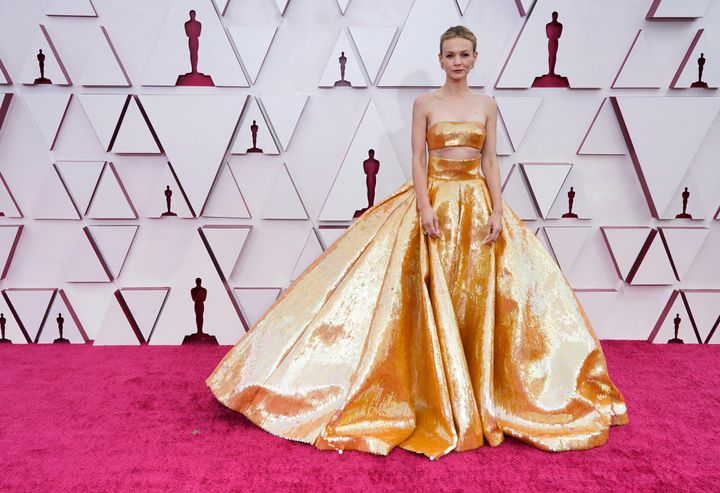 Carey Mulligan on the Oscars red carpet on Sunday. 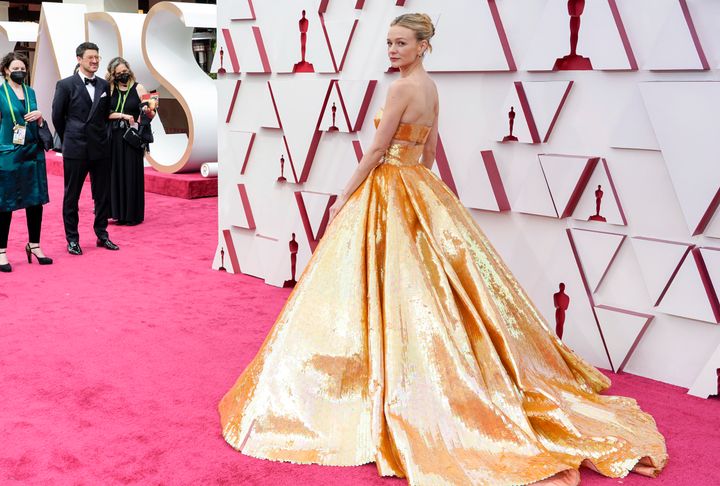 “Promising Young Woman” is a dark comedy about a woman hellbent on avenging the death of her best friend, who was the victim of a rape.

Mulligan told the BBC that “the challenge and the fun of it for me is finding parts that I don’t know what to do with, and I feel daunted by.”

“The more outside of my comfort zone I am, the more fun I have,” she said when discussing her role in the film. “And this definitely felt like that, I couldn’t have dreamt up this part, there was so much depth to it and so much history, but there was something urgent about what [Cassie] is doing. So she’s stuck, but she’s also spinning, so there was so much going on, and I kind of grabbed it with both hands.”

Mulligan was previously nominated for the Best Actress award for her role in 2009’s “An Education.”