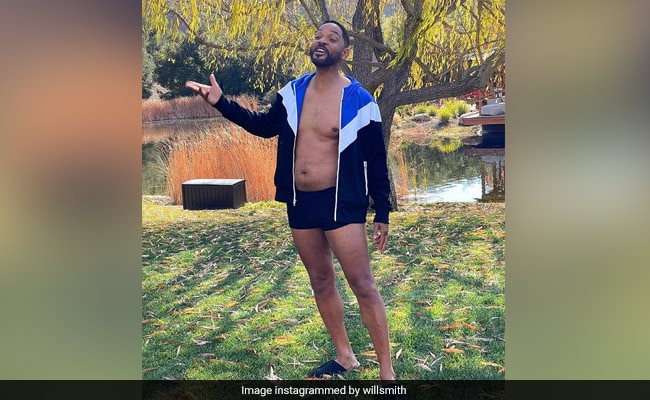 Attention folks! Will Smith has got something to confess about his physique – he is “in the worst shape of his life.” In his latest post on Instagram, the 52-year-old actor, in the most honest way, showed that he has gained those extra kilos amid the coronavirus pandemic but he doesn’t shy away from revealing it. Will Smith posted a picture of himself wearing a pair of tight black shorts and a blue unzipped hoodie exposing his stomach and chest. “I’m gonna be real wit y’all,” he wrote in the caption and added: “I’m in the worst shape of my life.”

In the comments, friends and fans of the actor applauded him for his brutally honest photo. “You’re a real one for this,” commented YouTuber Casey Neistat while musician Ahmir Khalib Thompson wrote: “This is the most amazing post in the history of social media.” British singer-songwriter Sonna Rele commented: “You’re Will Smith!! You can be in whatever shape you want.”

Will Smith’s Instagram feed is the best source of laughter if you are having a bad day. Most of the time, he shares ROFL pictures and videos created by his fans. Like these:

Will Smith is the star of movies like Ali, The Pursuit of Happyness, Men in Black series and Bad Boys films and the popular television series The Fresh Prince of Bel-Air.

Waiting for response to load…