Has “Jeopardy!” found its new host?

Following Alex Trebek’s death in November, famed contestant Ken Jennings took over as guest host for a six-week stint. As Jennings’ time as host came to an end, a new interim host stepped up to the plate in the form of the show’s executive producer Mike Richards.

In appearing on the popular game show, the 45-year-old quickly captured the hearts of “Jeopardy!” fans with his charming personality, warm voice and impeccable charisma — ultimately leading to an outpouring of support online, with many calling to make Richards the permanent host of the show.

“Mike Richards is A+ so far. Super palatable, just the right amount of jokes, not trying to bask in the limelight,” one Twitter user wrote. “Keep him!”

“I like this Mike Richards guy as a Jeopardy host,” said another user. “Not overbearing or distracting, and perfectly pleasant. It should be nice to see him get more comfortable and test the water over the coming days. Thinking maybe a relative unknown might be a decent lock.”

“Please keep Mike Richards on @Jeopardy for forever. He’s confident, charming, and easy on the eyes,” one user said. “No one will replace Alex, but Mike is the next best thing.”

“My vote is for Mike Richards as the new @Jeopardy host!  What an awesome job,” one user simply wrote.

In an interview with USA Today, Richards revealed he did not know of the “Jeopardy!” hosting gig “until three days before” filming. 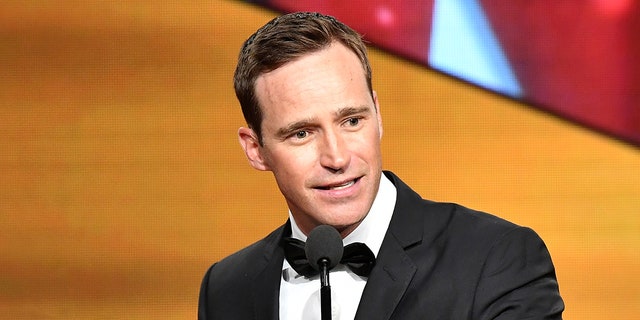 “I didn’t know I was going to be doing it until three days before, and so I had not prepared myself to host in the way that I know other guest hosts are,” Richards stated in the interview. “So there was just a lot to unpack.”

“Plus, I also only owned one suit, so there was a little bit of scrambling there,” the host humorously recalled. “It was very fun; humbling doesn’t begin to describe the feeling. It hit me like a ton of bricks when Johnny Gilbert announced my name. That’s of course the last thing you hear when you start to walk out. … and it was overwhelming in the moment.”

Richards, who has also served as the executive producer for “The Price is Right” and “Let’s Make a Deal,” is a veteran of the game show industry. Alongside his production credits, Richards has hosted game shows such as GSN’s “The Pyramid” and “Divided.”