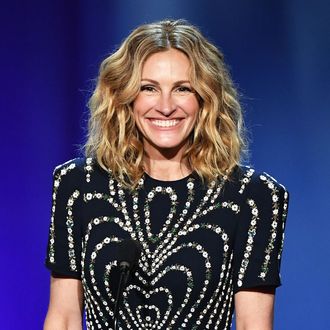 You’ve read All the President’s Men. You’ve seen All the President’s Men. Now, Julia Roberts stars as the woman who took down the president’s men. Starz has picked up her anthology series Gaslit, adapted from the first season of Slate’s award-winning podcast Slow Burn. According to a release, Gaslit will focus on the “untold stories” and “forgotten characters” of the Watergate scandal, “from Nixon’s bumbling, opportunistic subordinates, to the deranged zealots aiding and abetting their crimes, to the tragic whistleblowers who would eventually bring the whole rotten enterprise crashing down.” The story centers on Martha Mitchell, socialite and wife to one of Nixon’s men, Attorney General John Mitchell, played by Sean Penn. Unknown to most, she was the first person to broadcast Nixon’s involvement, causing turmoil in the White House and her own house. Sam Esmail and Julia Roberts both serve as executive producers, reuniting them for the first time since Homecoming. Robbie Pickering (Mr. Robot) will serve as showrunner alongside director and executive producer Matt Ross (Silicon Valley), who is replacing Nash Edgerton.

According to Variety, Armie Hammer and Joel Edgerton were set to star, and Nash Edgerton was set to direct, but they all exited several months ago, due to scheduling conflicts. Both roles, White House Counsel John Dean and G. Gordon Liddy, chief operative of Richard Nixon’s “Plumbers” unit, are being recast. Hammer has been the subject of several abuse accusations across social media in recent months, prompting his exit from the upcoming film Shotgun Wedding and The Godfather series. Watergate isn’t the only scandal to touch this project.